MADE IN THE UK

Mobile bars make the most of ‘autumn of sport’ 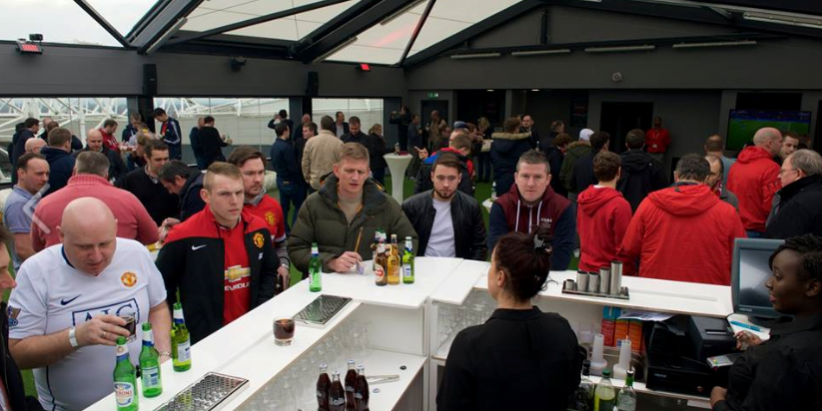 An Oasis Bar in use at Hotel Football, Old Trafford

The autumn of 2015 could be a highly profitable one for bar, hotel and other venue owners, if they properly prepare for the screening of sporting matches and think creatively to make the most of events.

The call comes from Bob Grenham who has spent 25 years working in the hospitality industry, and now runs portable bar company Oasis Bars.

Forthcoming sporting events include the return of the Premier League in August, as well as the Rugby World Cup taking place in September and October, and the Champions League (now no longer broadcast on ITV and shown only on BT sport), all of which are likely to prove big draws for bar owners.

The traditional problem for bar owners has been in coping with the peaks in demand immediately prior to the match starting, as well as during the short half time break. Customers in bars are often put off by a long wait to be served at the bar or having to move away from the sporting action in order to be served.

Oasis Bars have developed a series of mobile bars (portable bars) of different sizes designed to ‘pop up’ in extra locations. These compact bars are designed to sell the most popular drinks – including draught beer – to make the most of sporting enthusiasts enjoying the big match.

“Why make it difficult for thirsty customers to spend their money?” questions Bob. “A compact portable bar that is used widely at screenings of sporting events can pay for itself in extra drink sales in less than a week” he points out.

Hotels and bars around the UK have already invested in Oasis Bars to deploy at appropriate times – including rugby clubs prepared for screenings of England rugby matches. One hotel is even arranging ‘VIP boxes’ for guests including draught beer and half time pies. Another Oasis client is the Hotel Football – located beside Old Trafford and no stranger to screening Manchester United matches to packed groups of supporters who use its Oasis portable bar to good effect.

“Venue owners pay a lot to screen the sporting fixtures – so why not maximise revenue and increase your drinks sales?” says Bob.